A seemingly uncomplicated delivery resulted in the death of mother and baby when a previously undiagnosed congenital malformation caused obstructed labor. The mother went into labor at 36 weeks in her home at 18:00 in the evening. In the morning, the family proceeded to the hospital, and by early afternoon the delivery seemed to be progressing normally. The baby presented as breech, and its body was delivered without difficulty; however, the head and shoulders became stuck, and no maneuvering could complete the delivery. The mother was moved to an operating room, but both the doctor and surgical attendant were unavailable. This delay in delivery resulted in prolonged absence of oxygen to the baby and subsequent intrapartum demise. After several hours, vaginal delivery was completed when the surgical attendant arrived. Unfortunately, the mother experienced a massive postpartum hemorrhage. An immediate blood transfusion was initiated, but the mother died during resuscitation.

Pathology findings in the liver showed a paucity working bile ducts. A marked decrease in the amount of bile ducts, combined with hydrocephalus may be indicative of a genetic disorder. 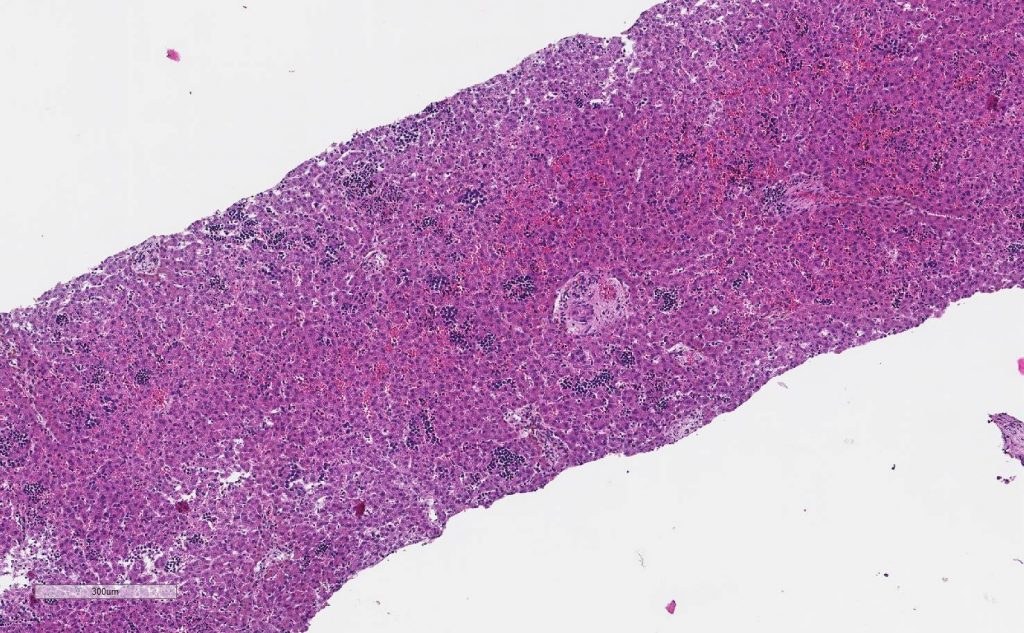 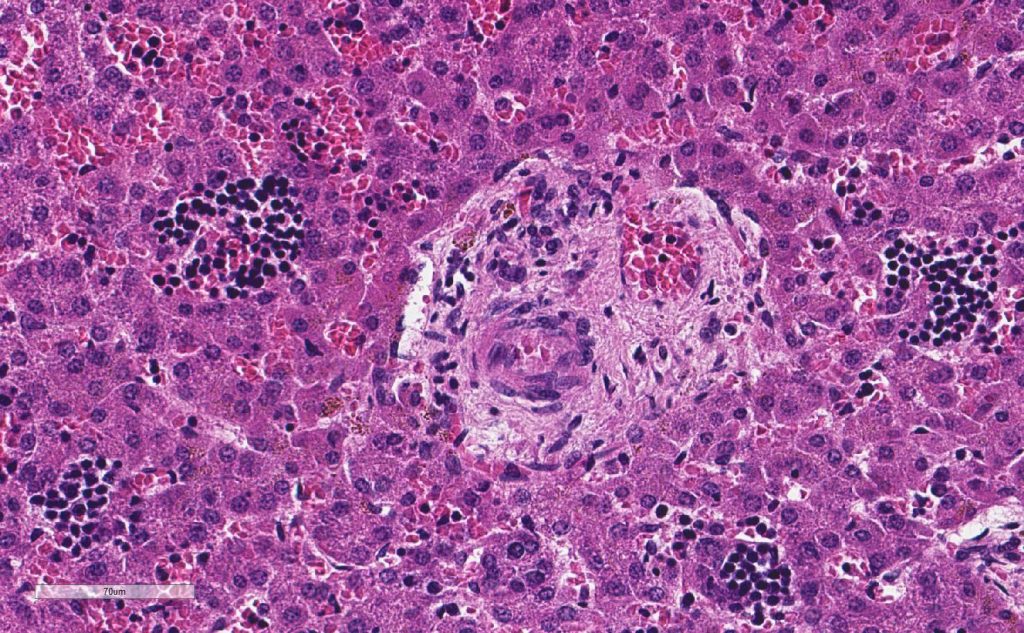 Portal tract shows artery and vein but not bile duct.

The father was interested in learning about the baby’s cause of death and was receptive to the cause of death results presented at the family follow-up session. Prior to receiving the information, he had not understood why the delivery had been so difficult. CHAMPS’ protocol allowed the team to explain what had caused the death of his wife and baby and provided information around early detection of birth defects.

It is crucial to note that, while genetic testing could be an important preventative tool here, it is not widely available in the places where CHAMPS works. Improving access and standards for prenatal care may have prevented the obstructed labor, but it is not possible to tell whether the birth would have been viable, even if the baby was delivered by C-section.

This CHAMPS case emphasizes the need for protocols for prenatal care with proper documentation as well as supportive supervision of healthcare workers. This mother attended prenatal visits where there were opportunities to capture both the breech presentation and hydrocephalus; however, she only sought prenatal care twice during pregnancy, and her clinical record indicated gaps in assessments. There was no indication of nutritional counseling during her visits, despite poor weight gain, no discussion of completing an ultrasound, and no detailed documentation that the baby was positioned breech. When the mother presented in labor there was no documentation of fetal positional or heart rate and no partograph record.

There is an opportunity to provide feedback to midwife training schools and Maternal & Child Aide training courses regarding the need for proper screenings that could make a critical difference. An increased need to support healthcare professionals to encourage and facilitate prompt responses in situations like this case. A prompt response from the doctor on call may have made a significant difference in this case.