From fighting infectious disease in Dhaka, Bangladesh, to working in urban slums in Kenya as director of a regional CDC office, to now addressing Child Mortality globally, Executive Director of CHAMPS Rob Breiman has his sights set on creating international partnerships to tackle childhood mortality.’ 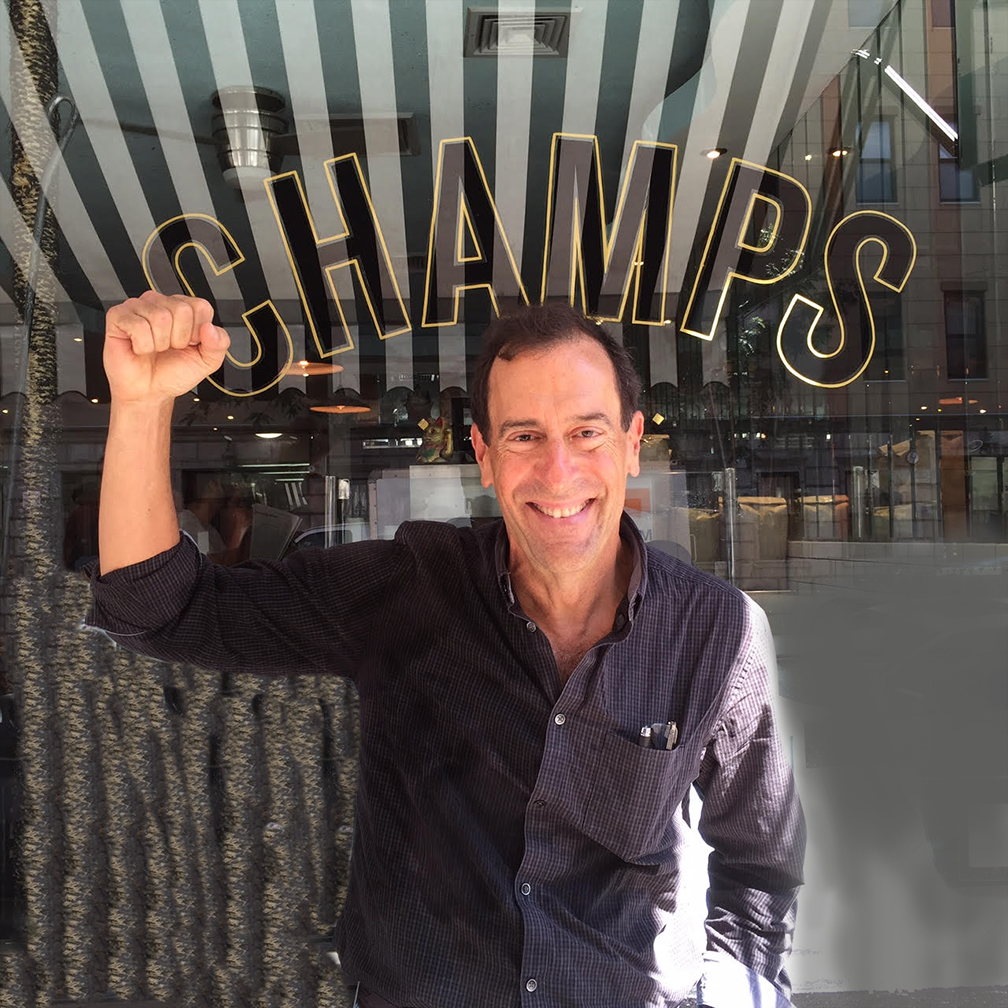 Q: Tell us about your journey in public health—where have you lived and worked and what influenced you to make public health a career?

I’ve spent a lot of time working in urban slums Dhaka and in the Nairobi informal settlement of Kibera, where we built a clinic and established a surveillance system.

While working there I made an effort to get out into the community. Several times a week- and usually it was the highlight of my week- I would walk through Kibera and I would be able to feel the value of what we were doing. It was very tangible in each child you would meet. A child would come over and hug you, or a father or mother would come over to shake your hand, and it would remind why the work was so special.

Q: What motivates you to do this work?

What keeps many of us involved in global health is addressing the biggest inequalities of our time, and when it comes to inequities there’s nothing more important or critical than child mortality. CHAMPS exists to address the issue of childhood mortality, and to find ways to bring the preventable death rates down to the level they could be.

Q: What examples of child mortality inequities between countries?

Our goal is to end preventable deaths and to make it possible to reach the level of mortality that we know is possible. In places like Sweden, a child has a 1 in 500 chance of dying by the child’s fifth birthday. In the United States, it’s closer to 1 in 200. But in the places where we work, it’s not uncommon for the risk of mortality to be 1 in 6 by the time a child reaches their fifth birthday.

Q: Why are public health partnerships important to reducing child mortality around the world?

There’s only so much you can really do on your own. We could learn a great deal if this was a research project and there were just a few of us doing the work, but to actually have the impact we want to have we need many different avenues into our work to do it optimally.

“There’s never been an opportunity like this one to understand in a sustained way what is causing child deaths, and then, intervene on those causes. ”

It’s not just looking at what public health interventions should occur, but also what new vaccines need to be developed, or what new approaches need to occur in the hospital to prevent transmission of pathogens from person to person. That will be the game changer- having those pieces of specific information. For public health partners that really want to do something about child mortality and want to achieve those Sustainable Development Goals by 2030, they’ll have the tools now to do that.

Q: How is the CHAMPS network working to achieve the Sustainable Development Goal for reducing child mortality?

Childhood mortality has been steadily dropping over the last 20 years. We’ve gone from 1 out of 2 children making it to their fifth birthday in Mali in the ‘60s to 1 out of 6 or 7 children today. That drop in mortality was impressive and brought us closer to Sustainable Development Goal number 3: a substantial reduction in child mortality. We’re better than we were back then, but there is still lots of work to be done. It’s unacceptable in the 21st century for the rates of child mortality to be what they are. In fact, it even says in the SDGs that there will be no preventable childhood death occurring by the year 2030, and that overall childhood mortality would reduce dramatically by that time.

That’s a great goal but it’s one thing to say it- the other question is, how do you get to that target? For those of us who are the most impatient about this huge inequality that exists between the developing world and the developed world in regards to childhood mortality, the way to make progress rapidly would be to have targets: by identifying the top five or top ten things that are killing children, and designing your interventions specifically focused on those. CHAMPS will help to identify those targets, which will provide the most rapid reduction in child mortality.

Q: Don’t we already know the main causes of death?

At the moment, we really don’t have very much resolution or very much granularity as to what’s killing children, which is surprising. People often ask me, “don’t we already know the main causes of death?” And we do know from a very high-altitude level. We know that pneumonia and diarrheal disease are important causes of death, but those general categories don’t provide enough specificity or enough resolution to enable a public health intervention to make an impact. What CHAMPS will do is provide resolution several levels below what we currently have now, and make it much more clear what needs to happen.

Q: How do you think the CHAMPS network can help inform and illicit action to save lives?

CHAMPS is built in a way that the data will be collected from parts of the world where child mortality is particularly high, and in areas where there is very little infrastructure to address this problem. The CHAMPS network builds capacity in these locations, which enables the people in each site to work together with each other to understand what’s killing children. In the long run this will strengthen their ability to solve the problems. CHAMPS site teams will learn not just from themselves and what they see in their country, but also from each other, and hopefully, from us.

Q: What is the impact of the CHAMPS network and data on communities and families?

When we go out to the field oftentimes one of the first things we do is visit with parents, village chiefs, and community and religious leaders. We’ll sit and talk with them. In many of the places where we’re working one of the first things people say is, “Our kids are dying too frequently. We don’t know why and there’s nothing we can do about it. And people haven’t really cared.” Communities often ask, “What’s taken you so long?”

This work is important and people in communities can see that this is a step in the right direction to understand how to prevent these problems going forward, so the community reception is very good. However, the work is still very challenging. What we’re proposing to do and what we’ve started to do in a few countries has never really been done before, so we know that we’ll have some challenges along the way, but we also know we’re on the right track because of the responses we get in country and also from the kind of data we’re already starting to see, even in the early days.

Q: What are you most excited about in your new role at CHAMPS?

I’ve been working in global health for a long time, approximately 30 years or so, and most of my work has focused on problems in low and middle income countries. There’s never been an opportunity like this one to understand in a sustained way what is causing child deaths, and then hopefully, intervene on those causes. CHAMPS has a long-term view: it’s not just a two or three year project, but people are talking about this being a project that will last potentially 20 years. That makes it possible to make a difference- not just to collect data for data’s sake, but data for action.

Q: Do you have an example of something that helps to motivate you to do this work?

Global Health often comes with a moral compass. It’s all very interesting work scientifically, and that might keep you going alone, but the real compass that drives most of us who work in global health specifically relates to inequities. Childhood mortality is a huge one. There are others that have to do with differences in education, differences in opportunity, and differences in access, but on a difficult or long day, what keeps you going is the hope that the work we’re doing together with our partners will make a big dent in such inequities. If we can accomplish that it’s all worth it.

When you are able to find something new and report it, either to the Ministry of Health or you publish it in a paper, you get a feeling of satisfaction. I remember when we had our first set of data about typhoid fever in the urban slum of Kibera where we found huge rates of typhoid, which is something that is rare in the United States in the 21st century. At that time in Kibera 1 out of 5 kids have had typhoid fever by the age of ten, which is another example of inequities in the 21st century. We went to present those data to the Ministry of Health and we had a number of very senior ministry of health people jump up and say, “I knew it! I knew typhoid was important, but we haven’t been able to show it. This makes a big difference and we need to focus on this.” When somebody says something like that- and you know it’s not just data for data’s sake- but when you know somebody senior is looking at the data and saying, “we need to act on this,” you get a deep feeling of satisfaction. You get an even deeper feeling of satisfaction once an intervention gets introduced and you start seeing rates of the disease you’re following, or in this case mortality occurring, really drop. That’s the ultimate reward.

Q: How would you describe CHAMPS’ impact beyond child mortality?

CHAMPS is all about working with local people who will ultimately deliver the impact. The people working in the sites have spent their whole careers on issues they face daily, and have much to say both within the network, working in interacting with people at the other sites, but also with us. We’re collaborating with community members to build capacity to work at the highest levels using data, interpreting data, translating it to effective policy, learning how to build political will to address the biggest problems. We’re excited because we think that will have impact on childhood mortality, but helping to develop those skills will also have much broader effects as those skills will be translatable to other problems.

By building capacity you end up with a very skilled workforce that can look at questions, develop ways to approach those questions, interpret the data when the data come in, and translate that into a reasonable set of next steps to have impact. Ultimately we’re hoping that this work will bring us closer to achieving Sustainable Development Goals and dramatically reduce childhood mortality, but we have confidence that the process itself in each of the countries- the lessons being learned and the new tools that people are using- will have much broader reach.