CHAMPS Scientific Publications Webinar Recording – An Introduction to Using CHAMPS Data Upcoming Webinar: An Introduction to Using CHAMPS Data News Update from CHAMPS Partners in Mozambique Apply to Join the CHAMPS Network CHAMPS Year 5 Annual Report A neonate who died of sepsis, complicated by measles infection An infant with severe acute malnutrition died at home with a respiratory infection which led to identification of a notifiable condition A child who died of a notifiable, vaccine-preventable disease, complicated by bacterial pneumonia CHAMPS presentations from #TropMed20 now available!

A 6 month old baby girl died at home after a week of fever, trouble breathing and cold extremities. She had not been growing well for over three months. When she died, she weighed less than when she was born. 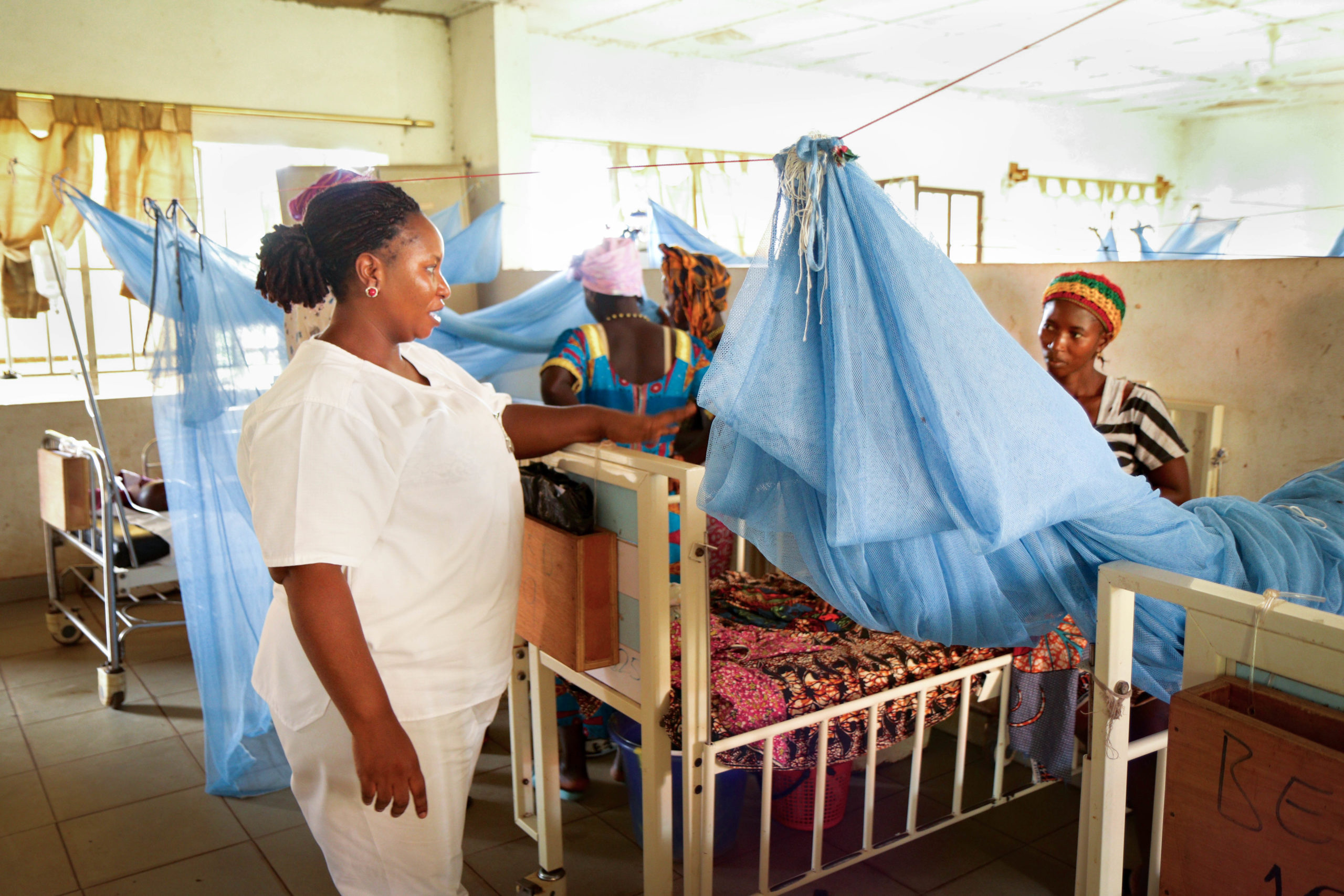 Over several months and even up to one week before she died, her family sought answers from different health facilities and a traditional healer, although the baby was never hospitalized.
The family did not know what was wrong.

After her death the baby’s blood tested positive for human immunodeficiency virus (HIV). Her mother had been tested for HIV five months prior to the baby’s birth and was negative. She did not have testing again later during pregnancy when she must have acquired the infection. She was not on any medications that could have prevented her from passing HIV to her daughter.
By measuring the baby’s weight after death, CHAMPS confirmed that she was severely malnourished, even though her parents reported in an interview with family members (called a verbal autopsy) that the baby was growing well. In addition, pathology examination showed that her liver was holding onto extra fat cells, a change called steatosis, which can be a sign of malnutrition.

The HIV infection and malnutrition likely worked together to weaken the baby’s immune system and make her likely to get sick from other infections, even though she was up to date on all of her recommended shots.

CHAMPS testing showed that the baby’s pneumonia was caused by a serious bacterial infection, Streptococcus pneumoniae, along with two viruses, cytomegalovirus and respiratory syncytial virus. Evidence of all of these pathogens were found in the baby’s lung tissue. 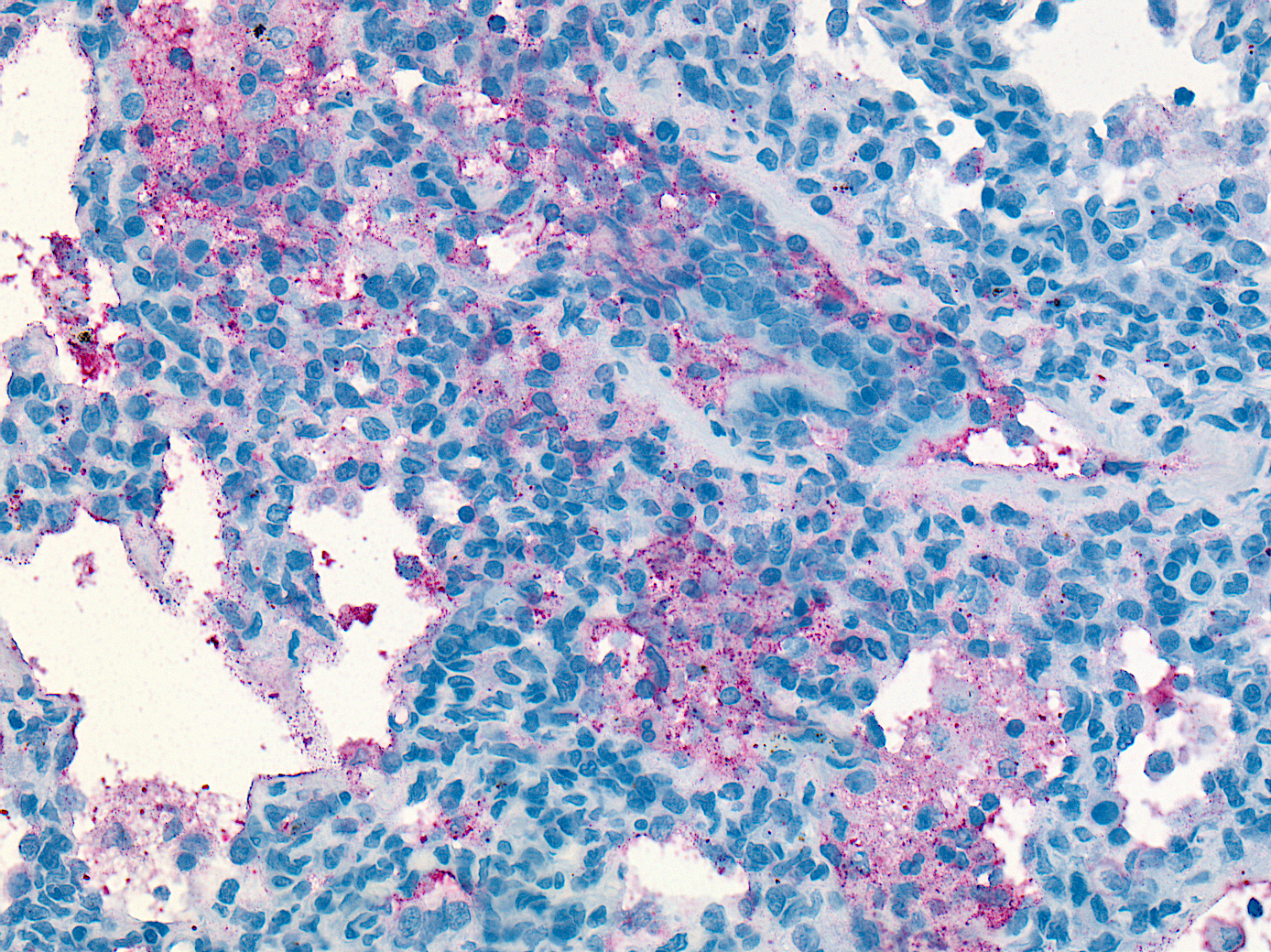 Abundant Streptococcus spp. bacteria seen by immunohistochemistry in the lung 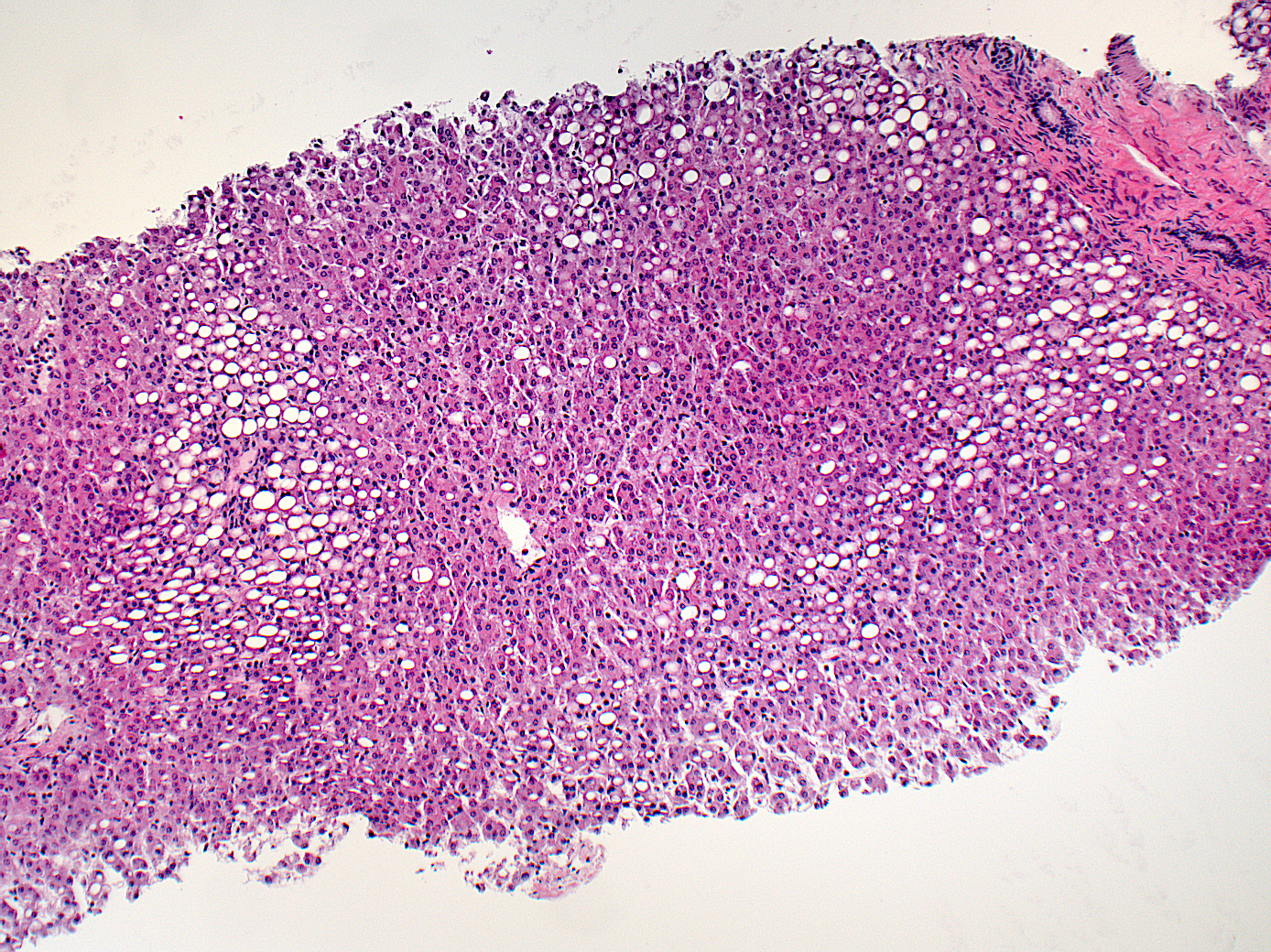 Low magnification of liver with steatosis from malnutrition 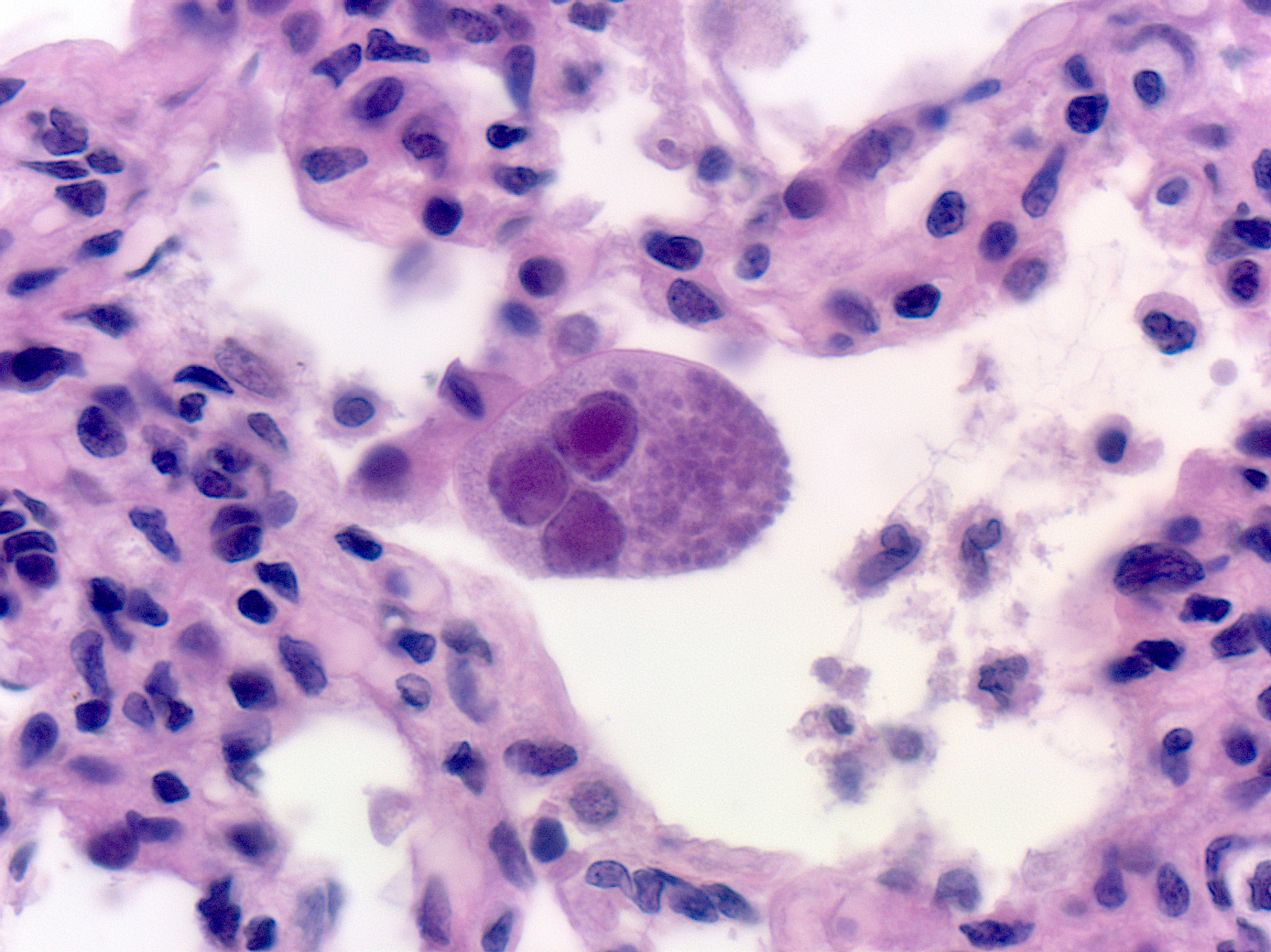 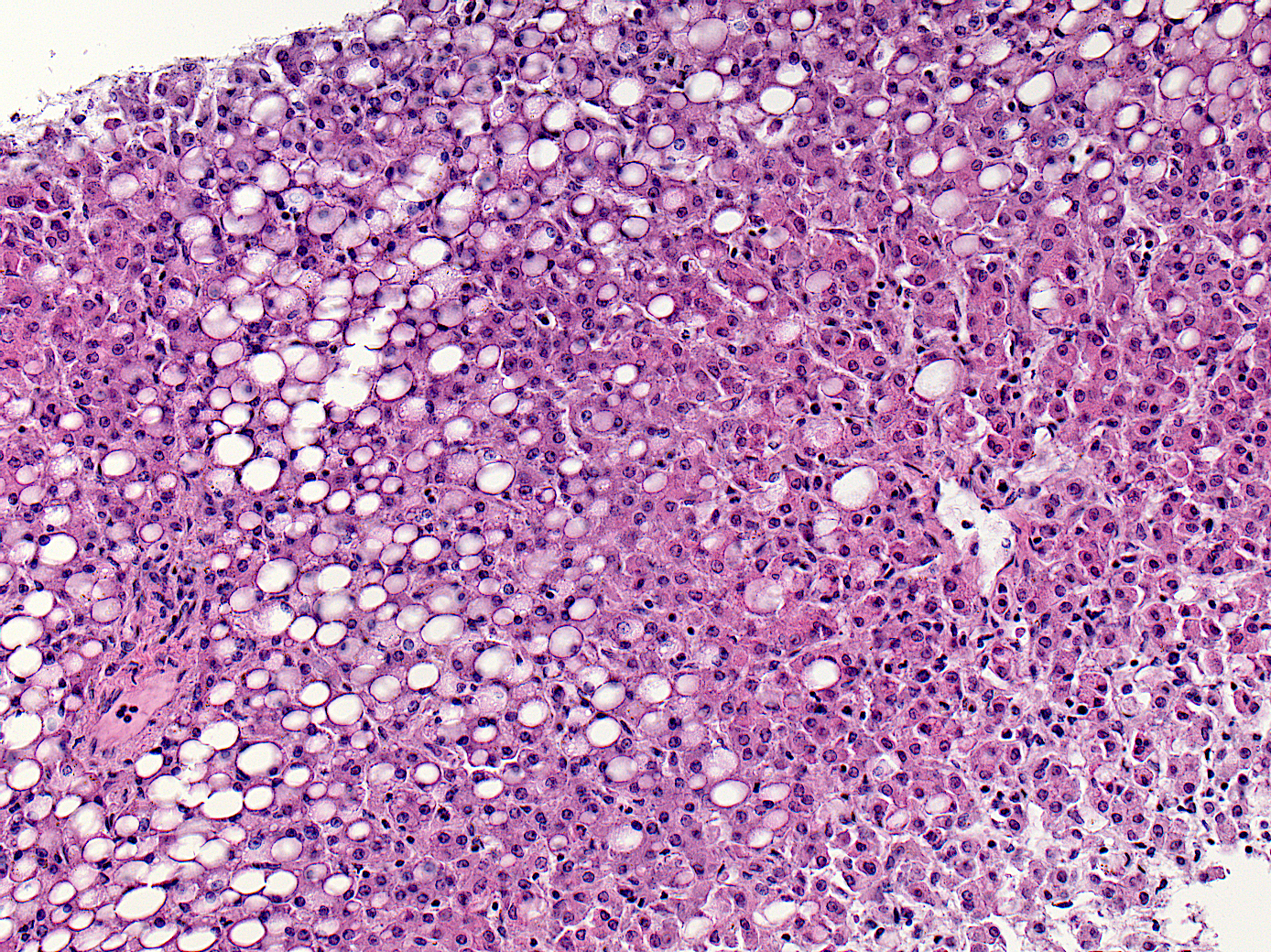 Fat droplets (clear spaces) within hepatocytes due to steatosis from malnutrition 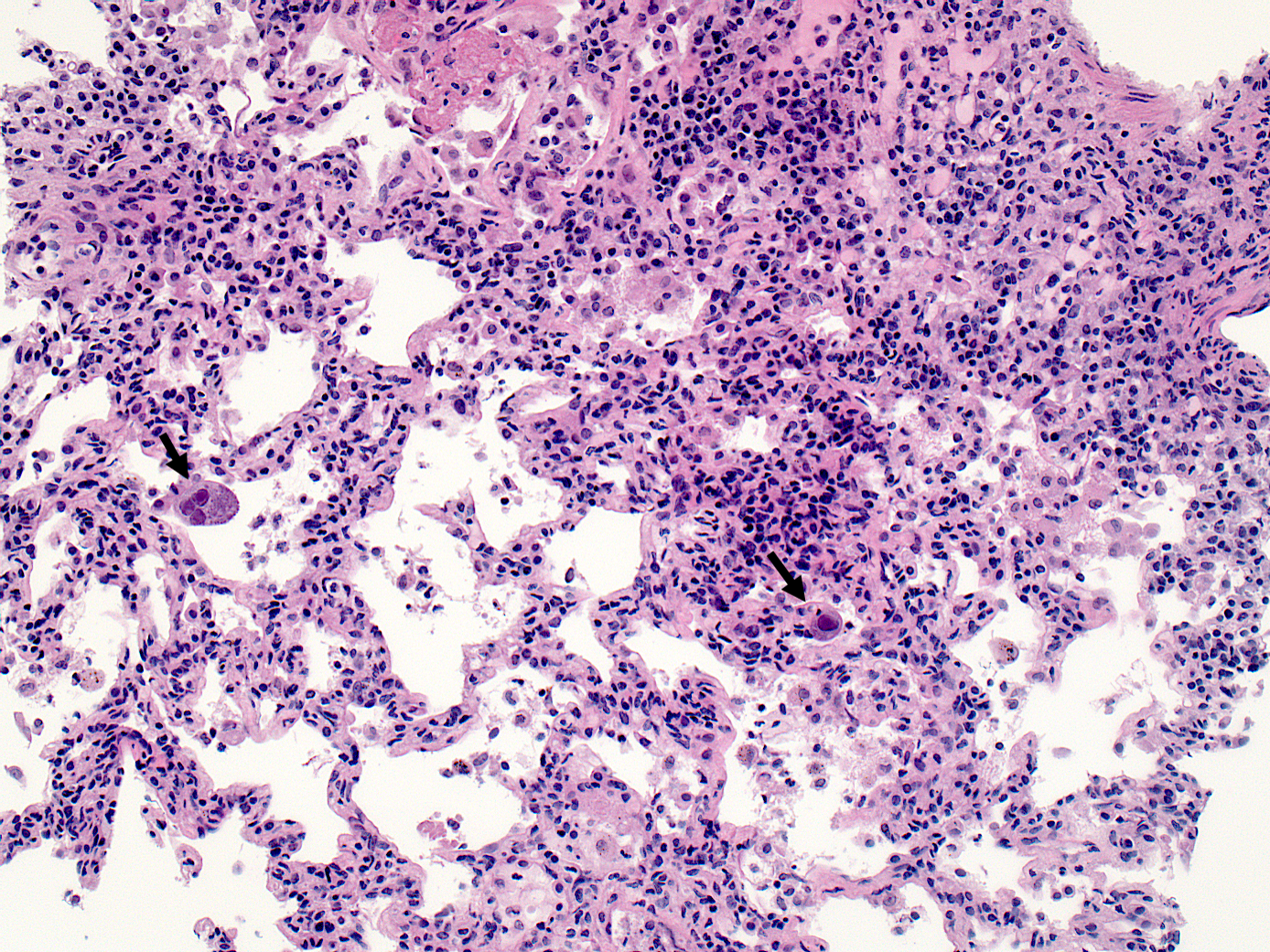 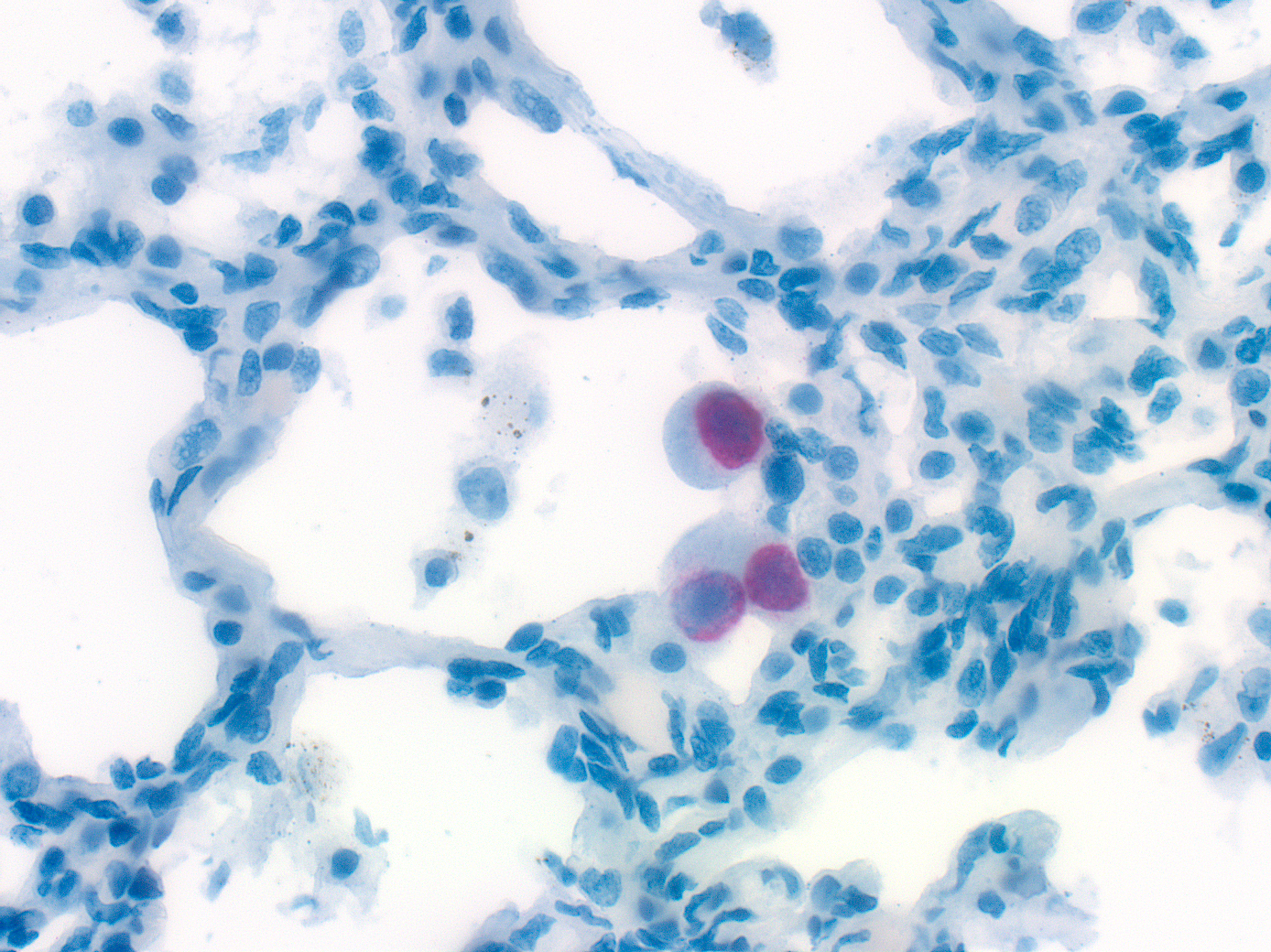 CMV inclusions staining by immunohistochemistry in the lung

The CHAMPS team provided results to the family and ensured that the mother was tested and treated for HIV. She will be able to take medicines to stay healthy and prevent her from transmitting HIV during any future pregnancies.

This baby’s parents sought care several times during her life. Each of these visits to the health system was a missed opportunity for routine testing for HIV, intervention for malnutrition, or hospital care that may have led to earlier identification of her HIV- measures that could have saved her life. Local teams can work with their health care system to identify barriers to care, to strengthen capacity for identifying and treating malnourished infants and children.
Prevention of Maternal to Child Transmission (PMTCT) Programs exist to prevent mothers from passing HIV on to their babies. The World Health Organization recommends that women who live in areas with a high prevalence of HIV and who do not have the virus when they are tested early in pregnancy are retested in the third trimester, during labor, or after delivery. Studies show that women have a high risk of becoming infected with HIV during pregnancy, and a mother who acquires a new HIV infection during pregnancy has a greatly increased risk of passing the infection to her baby, yet repeat testing is not always done. This CHAMPS case emphasizes why repeat testing is important and can save lives. Local partners can ensure that all mothers receive the recommended testing and treatment for HIV to eliminate perinatal transmission of HIV.